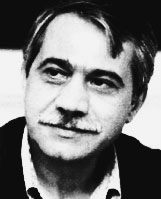 was born in Amman in 1948. A short story writer, a novelist and publisher, he started writing short stories in the 1970s. He has published six short story collections, the first in 1987. He has also published four novesl, the first two in 1987 and 1996.

Farkouh’s stories were first collected in Al-Saf'a (The Slap, 1978). This was followed by Tuyour Amman Tuhalliq Munkhafida (Amman's Birds Fly Low, 1981) and Ihda wa Eshrouna Talqa lil-Nabeyy (Twenty One Shots for the Prophet) a year later; the latter won him the 1982 Jordanian Writers Association award. Since then he has written prolifically, his latest book being another collection of short stories, Huqoul Al-Zilal (Fields of Shadows, 2002).

It was following Al-Saf'a, however, that the first principal shift of perspective occurred. Co-operating with poet Taher Riyad, Farkouh worked in the publishing house Al-Manarat until 1991, the year Dar Al-Azmina, his own publishing house, came into being. His work in literary translation – Other Fires, a volume of short stories by women writers from Latin America, appeared in 1999.

His novel Ard al-Yambous (Land of Limbo), published by Al Mouassassa Al Arabiya and Azminah, was shortlisted for the 2008 International Prize for Arabic Fiction. Click here for more.

An excerpt from Elias Farkouh's novel Columns of Dust, which was published in 1996 and is on the Arab Writers’ Association list of best hundred Arab novels of the twentieth century, was published in Banipal 13, which featured the literature of Jordan.