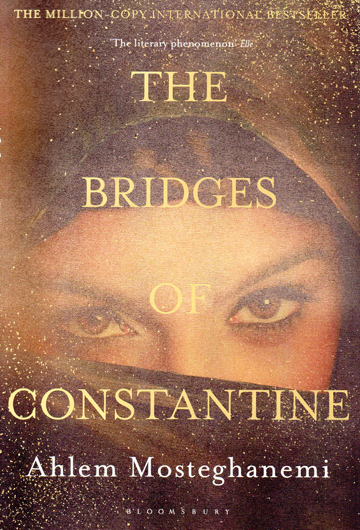 The Bridges of Constantine

A new title and new translation

This book has had a singular gestation. The Algerian Ahlam Mostaghanemi’s prize-winning novel was first published as Dhakirat al-Jasad in Beirut in 1993. It achieved an immediate success, and was read widely throughout the Arab world. It clearly resonated with the generation that were the children of the pioneers of Arab independence in general and of Algerian in particular.

A translation into English by Baria Ahmar Srei was published by the American University in Cairo Press in 2000 with the title Memory in the Flesh, same as the Arabic. I reviewed this translation for the seventh issue of Banipal in 2000. I praised the book but pointed out defects in the translation,  which did a disservice to the original. I argued that there was a need to revise meticulously the Arabic original and the English rendering and expressed the hope that AUC Press could arrange this before the next printing. I was then asked by AUC Press to undertake these tasks myself, which I duly did. My revised translation came out in 2003 and was distributed in the United Kingdom by Arabia Books in 2008.

We now have a new edition, a new translation, by Raphael Cohen, which improves on my revision. It has a new title, and the author’s name has a new English spelling. Bloomsbury has been able to mobilise its resources and expertise in marketing and promotion, and the new book has been reviewed by, among other organs, The Times and the Daily Mail. Raphael Cohen’s very good translation corrects some faults I made, including errors that I had charged Bahia Ahmar Sreih of being guilty. The whole production of the book is excellent.

The change in the title is instructive. The earlier title, like the original Arabic, implied the psychological aspects of the story. The newer title brings out the significance of the city of Constantine, which meant so much to the principal characters in the novel. The bridges implicitly reflect the bridges of Paris over which the protagonist Khaled’s studio looked.

Ahlem Mosteghanemi’s novel is the anguished statement of a generation but nonetheless stands the test of time. It is experimental with a kind of second person narrative. It focuses on Khaled, a veteran of the Algerian independence campaign, a one-armed painter in Paris who meets the daughter of an old comrade. He knew her when she was an infant. The relationship is deftly drawn with a background of disillusion with the corruption and consumerism of the new leaders of the country. These were characterised by “pretence and extreme hypocrisy, the telltale signs of newly and rapidly acquired wealth and status. . . . [They] specialised in public slogans and secret deals.” The Sreih/Clark version expressed this:  “. . . a meretriciousness in their newly acquired wealth and their latest fashions . . . [They were] experts in saying the right thing and wheeling and dealing.”

In third century BC, Alexandria Ptolemy summoned seventy-two scholars to translate the Torah from Hebrew to Greek. The scholars were housed in separate quarters without having access to one another. In due time they emerged with their translations and it turned out – miraculously – that each version was identical. It is clear from these samples that Ahlem Mosteghanemi’s novel has not undergone the same fate. Indeed comparison of the three English versions would be a useful exercise in translation studies.

Not even Naguib Mahfouz has had three translations of any of his novels. When an authoritative text – by Homer, Dante or Cervantes or A Thousand and One Nights – is subject to multiple translations each successive version often reflects the generation and cultural world of the translator. But three translations in just fifteen years is remarkable. Will we be due for a fourth in 2020?

Back to Banipal 51 - Celebrating Saadi Youssef