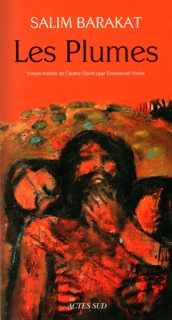 Translated from the Arabic by Emmanuel Varlet


An Epic of Suffering


Elizabeth Bowen described her novels as “the non-poetic statement of a poetic truth”, and the same could be said of Salim Barakat’s. His third novel, Al-Rish (1990) has been translated into French by Actes Sud as Les Plumes (The Feathers). Though Barakat now resides in Sweden, where he has lived since 1999, he was born and raised in Syria in the north-eastern town of Qamishli on the border with Turkey, a melting pot of Assyrians, Armenians and Kurds, which in 2004 witnessed ethnic riots that were only brought to an end when the Syrian army murdered a number of Kurdish protesters. Leaving Qamishli behind for Damascus, Barakat relocated first to Beirut and then to Cyprus, where he lived for a number of years, an experience that was to inspire the novel under review. Composed of two sections with three chapters each, The Feathers opens with Mem Azad – son of Hamdi Azad, a cloth merchant – a young Kurd who is approaching manhood: 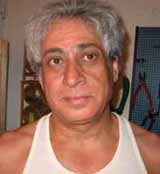 I was twenty-one at the time, an age that authorized my father to plan for my future, a future that would make a clean break with that feeling of defeat that day after day emanated while he sat in a brooding silence. He never said anything about that commotion that deafened him; perhaps he was waiting for our sharp noses to pick up the scent of the bloody winds coming from Kurdistan. (p37, translation A N-S)

Mem’s future, it quickly transpires, is to be sent to Cyprus, where he is supposed to make contact with a mysterious “Big Man”, who, though no one seems to have met him, is on everyone’s lips. “Take care of him until we call him back to us,” Mem’s father writes to the “Big Man”, although he knows Mem will never lay eyes on him. Laden with letters of recommendation and addresses but clueless as to what his mission might really entail, Mem boards a ship and sets off. Once in Cyprus, he is picked up by four men dispatched by the “Big Man” to look after him. The four men take Mem to an estate agent where he rents a house; they take care of all of Mem’s expenses and point out a nearby restaurant where he can take his meals, and where a few of the patrons speak his language, so he won’t feel lonely. Six years go by and Mem has still to meet the “Big Man”. Exasperated by the seemingly endless wait, he considers writing to his father to inform him of his failure, but is afraid of the shame it might bring upon him.

In the first pages of The Feathers, we find Mem determined to take his own life, in preparation for which he begins putting his affairs in order and opens his suitcase. As he rummages through his luggage, Mem finds a grey feather, which unleashes a flood of memories and turns him away from suicide. He starts instead to reminisce about his former life in Qamishli, contrasting it with his new reality in Cyprus – and often transforming into a bird or a jackal, which explains Barakat’s reputation as a magical realist.  This is typical of Barakat’s writing – one of his latest novels is about a race of centaurs who live in an underground kingdom ruled by a dream-stealing despot – and the reader is always uncertain as to where the truth really lies. Yet at its heart The Feathers is anything but fanciful. Underneath the lyrical playfulness lies the tragic reality endured by the Kurds: a tale of humiliations and massacres, an epic of suffering, defeats and short-lived triumphs: Barakat weaves historical figures into his narrative, such as Bedir Khan (1893–1951), a Kurdish political activist and Qazi Muhammed (1893–1947), who was head of the Republic of Mahabad in Iranian Kurdistan from January to December 1946. Barakat’s style turns to a simpler realism in the second part of the novel as Dino, Mem’s twin brother, recounts stories of Mem’s childhood in Qamishli, beginning when Mem leaves for Cyprus. From that point on, the reader is left to wonder whether Mem actually went to Cyprus, or if his life was merely a dream conjured by Dino to keep the memory of his brother alive? Barakat’s novel, like the history he is trying to tell, is plagued by doubts, an effect that is beautifully achieved through his use of Dino, who might be a sympathetic brother or a fictional alter ego.

An unconventional, brilliant novel, The Feathers is ultimate proof that Barakat’s writing is unique, not only in the context of contemporary Arabic literature, but on a global scale. As Juan Goytisolo put it: “Barakat’s richness and texture owes nothing, as some all too easily say, to Faulkner or García Márquez. His writing involves layers of myths, legends, memories, chronicles of past and present tragedies, under the surface of which lies the melancholy history of the town of his birth.” If one did, however, want to make a comparison, one might do well to look on Mem Azad as a combination of Vladimir and Estragon in Beckett’s Waiting for Godot. Like Godot, of course, the “Big Man” never shows up, and is a simple conduit for the narrator’s quest for his identity as a Kurd, but above all as a human being. By the end of The Feathers it becomes clear that the “Big Man” is none other than Kurdistan: an idea, a desire, a possibility that Mem and many others like him will chase for their whole lives, a dream of nationhood that has so often been promised and betrayed. But if the “Big Man” is Kurdistan, then “the feathers” are the Kurdish people as they float through time and space. Barakat’s novel is a tribute to them, a parable of the repressions and peregrinations this tribe has endured in countries such as Turkey, Iran, Iraq, Syria, only ever finding a home in exile, a condition they have endured since the demise of the Ayyubid dynasty in the 12th century.

In addition to Les Plumes, Actes Sud – whose list of literature in translation is one of the finest in the world – have also published Barakat’s autobiographies, Le Criquet de fer (The Iron Grasshopper, orig. 1980) and Sonne du cor! (Sound the trumpet!, orig. 1982), his first novel Les Seigneurs de la Nuit (The Sages of Darkness, orig. 1985) and a more recent work of fiction, Les Grottes de Haydrahodahus (The Caves of the Hydrahodahose, orig. 2004). Over the years, Banipal has published a number of excerpts from Barakat’s writings including one from the latter novel (see Banipal 27), and in Banipal 14 (2002) a feature on his work included excerpts from The Iron Grasshopper, Sound the Trumpet! and The Sages of Darkness. However, despite widespread acclaim and Banipal’s translations, Barakat has yet to see full translations in English.