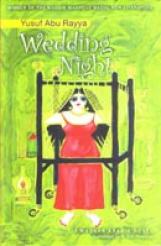 Translated from the Arabic by R Neil Hewison


With this novel Yusuf Abu Rayya won the 2005 Naguib Mahfouz Medal for Literature. The author, who died in January this year at the age of fifty three, came from a small town in the Delta and was a working journalist all his adult life. He published five novels, six collections of short stories as well as a number of books for children. This is the first of his novels to be published in English. The translator, R Neil Hewison, has provided the reader with an introduction to the work and a glossary of terms, allusions and Qur’anic quotations.

The story is located, perhaps in the 1970s, in a small Egyptian town, which is self-contained and – apart from wars – little affected by the developments and culture of the capital or the wider world. The narrative is based on an elaborate joke to be played on a vulnerable young man. The story is slowly built up towards a climax, but the joke rebounds on the jokers. But the reader is drawn into the tensions of human relationships in the community and we meet a wide range of credible characters – shopkeepers, sheikhs, workshop apprentices, lusty wives and a transvestite. Life is tough, and the grim pattern of life is narrated without judgment or exaggeration:

When he emerged into the world [after his mother had already lost many babies in their infancy], his grandmother, who had been running the bouza shop for many years, seized him, saying, ‘We’ll send him to a devout holy man, to look after him in his own way.’

“Farha acquiesced to every charm she heard from the neighbourhood women.

‘You must eat some of his feces.’

‘All right.’ And she swallowed the morsel without hesitation.

‘Drink the milk of a donkey.’

‘All right.’ They milked the neighbours’ jenny, and she tossed it down with no sign of aversion.

‘Find a bitch that’s just given birth, and drink its milk.’

“It was quite difficult to milk a bitch, but the grandmother held the snout while Farha bent down to the full dugs and pulled on one after the other to dribble some of the milk into her mouth.”

Yusuf Abu Rayya had a distinctive voice. His work is compassionate and observant, written with a dry humour. The narrative is fast moving but appears unhurried. It has been skilfully translated.

The production is at the usual high standard of the American University in Cairo Press. I hope they can bring out more of his work in English. It is still not easy to get their books outside Cairo or the United States but I am delighted to see that the new London publisher, Arabia Books, is reproducing some AUC titles and also distributing them in Britain. Perhaps Wedding Night can be added to their list.

From Banipal 34 - The World of Arab Fiction