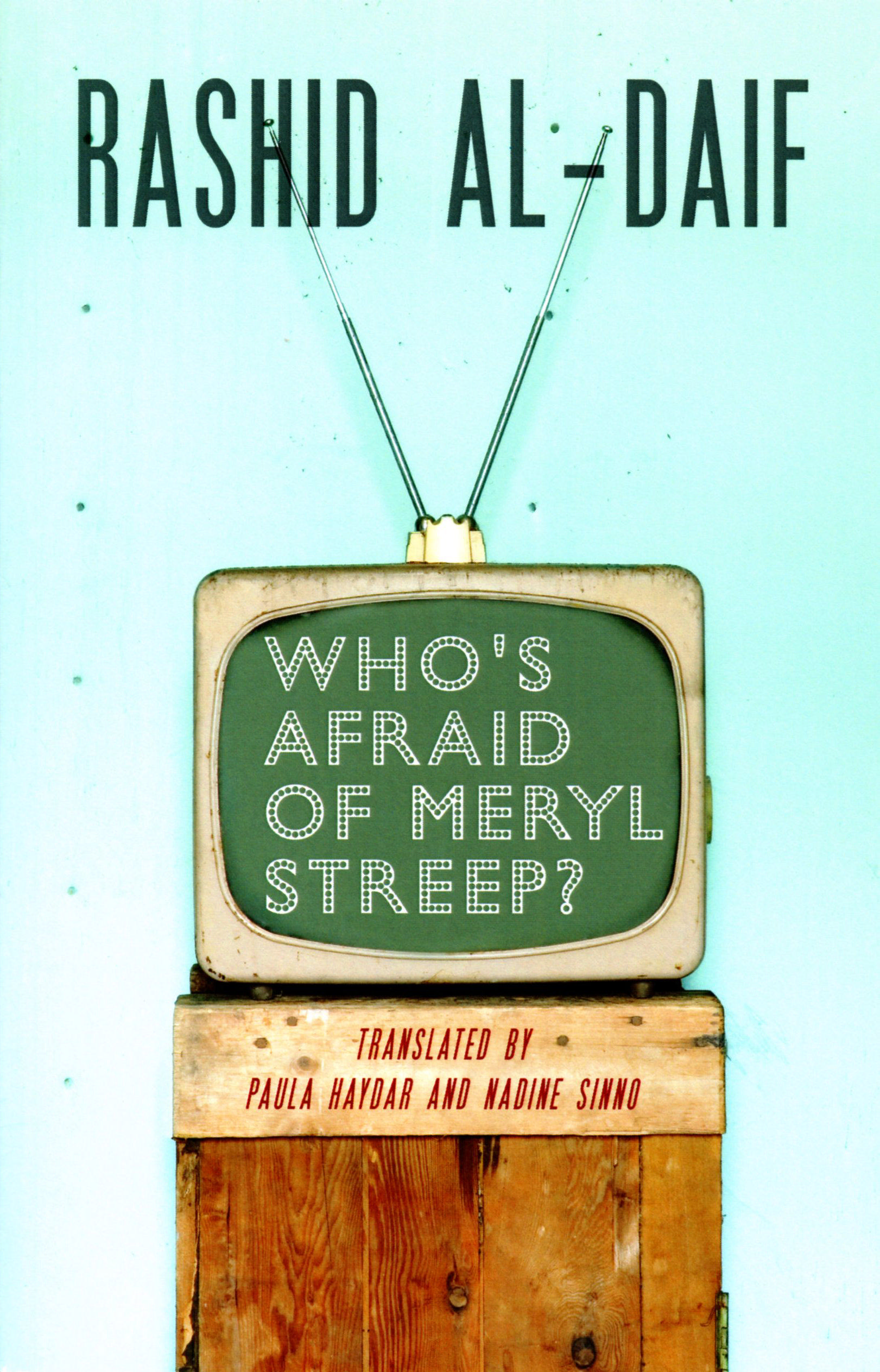 Rashid Al-Daif’s novel Who’s Afraid of Meryl Streep is a parody of the man-woman relationship in Lebanese society today, divided between tradition and modernity. Rashoud, the protagonist and narrator, is a man in his thirties who feels the time has come for him to get married and so asks his aunt to find him a suitable woman. The novel centers on Rashoud’s opinions and ideas of how the life of a married couple should be. Despite being an educated person and claiming to be open-minded, Rashoud is misogynist and conservative, particularly when he remarks on the importance for women of not engaging in premarital sex, because, as he said, “I am just a simple man asking that life give me the minimum: a virgin”. And when talking about his wife, it becomes clear he considers her mainly as a means for his sexual satisfaction.

Sex seems to be an obsession for Rashoud, who is so confident about his appeal, believing that any woman would love to have intercourse with him. Driven by this idea, he tries to rape a seamstress who is involved in some refurbishing work at his house. Almost caught red-handed by the seamstress’s family and by his own wife, Rashoud has to face the consequences of his actions – the seamstress’s brothers who want revenge and his wife who abandons him. However, instead of doing so, he takes refuge in watching the TV. Jumping from a channel to another, he is confronted with the differences between western and eastern societies, especially when he accidentally ends up watching the film Kramer VS Kramer. He cannot understand what is happening as the film is in English without subtitles, but he starts comparing his estranged wife to Meryl Streep. The American actress becomes the embodiment of Western emancipation, and therefore, for Rashoud, both attractive and threatening. In fact, while Rashoud praises his wife for being open-minded and westernized, he is terrified that she may not be as pure and traditional as a respectable Lebanese girl should be, and then goes crazy when he discovers she had had hymen reconstruction before they were married to conceal the fact that she had unwittingly lost her virginity to a young cousin when she was nine years old. His opinion is that “a man should receive his wife’s body in perfect condition. It should be complete. It is a precious gift for a husband . . .”

With this novel, Rashid Al-Daif, a prolific Lebanese author, who has published several novels and poetry collections, challenges his own society and its contradictions – it is a society still obsessed with the ideal of virginity but one in which premarital sex is every day more common and with it hymen reconstruction surgery for the traditional, obligatory deflowering of the virgin wife. Indulging in too many sexual scenes of doubtful taste, the novel can make at times for uncomfortable reading, but such unpleasant exaggeration is part of the author’s agenda, which is to make a caricature of his society and to provoke his readers, ultimately leading them to think about social conventions and the need for modernization.

The novel was published in Arabic in 2001 and was very successful. After being translated into Italian (2003), French (2004) and Greek (2006), Who’s Afraid of Meryl Streep is now available in English. Translators Paula Haydar and Nadine Sinno are to be congratulated on producing a very readable English text and their interesting introduction discusses the translation of the title specifically and how they approached the work overall, including the more graphic and daring scenes. The novel was also adapted for theatre both in French and Arabic by Algerian playwright and novelist Mohamed Kacimi.

Back to Banipal 54 - ECHOES