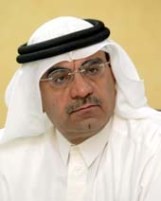 He drank a cup of tea and sat with an untroubled mind. That day, Kuya was very happy because of the good news he had received from his wife.

In the morning he went to the market. He joined the crowds. Hawkers sat on the ground. Spread out before them was every type of clothing: men’s, women’s and children’s, underwear and top clothes. He took out the hundred-dirham note and held it between his fingers in the heat. It had become soggy from the humidity and sweat. He had hesitated for some time before going out. In an almost inaudible whisper he had asked in embarrassment: “Boss, could I have a hundred. I’ll give it back end of the month.”

Without anyone uttering a word the hundred was in Kuya’s pocket and a small joy filled his tired heart. He looked at the clothes and his listless eyes fell on a small green box that contained a baby’s shirt, shorts and bib. He picked it up and it gave off a perfume. He paid for it and walked away,  holding it to his chest. He looked around at all the people, thinking that the children’s mother also needed something. He went into a nearby shop.

It had been a while since he’d had any good news and yesterday’s letter was something new. He read it again and then a third time. His breath shuddered and his lips seemed almost to touch the warm, delicate flesh that was to enter his life for the first time. But it wasn’t like all the other times. He kissed the letter, opened a writing pad and began to write . . . The responsibility for four girls already weighed upon him. When they grew up he’d have to pay for their weddings, one after the other; if not, they would not marry. But this time his far-away wife had given him a boy. She told him she was going to stop working for a month and that he had to cover her expenses, as well as the four girls’ and the baby’s. That was OK.

He stopped writing. When he received the letter he had rushed to his boss, smiling: “Boss, I got a new baby . . . the first after only girls. All girls . . . There was one big boy who died on a train, and now . . .” His boss wished him congratulations and left. Kuya remained, his heart filled with joy and longing.

He added: “I’ll try to visit you at the nearest opportunity . . .” He wrapped up the small box and the material he had bought for his wife in brown paper. “I’m sending them by post. Look after the girls and the boy. I don’t know what else to say . . . I don’t know.”

It was after 9 pm. The stillness dominated Kuya’s little room, empty except for the steel trunk in which he kept his things and a stained foam mattress. He breathed raggedly; his heart was troubled. A violent hammering rained down on his door: “Kuya, dinner . . .”

He left his precious little things and went to sit with Morley, Joseph, Singh, Gul Zadeh and some others. There were piles of bread and dishes of lentils in front of them. Spontaneously, he exclaimed, but they paid no attention: “I’ve waited fourteen years for him and finally he’s arrived. God, I’m so happy . . .” Then he returned to his room and set to finishing the letter: “Fourteen years and he came, name him whatever you like. May God make him compensation for Mohammad Kuya who was swallowed by the iron rails.”

Today, in the market, his tears fell and he had quickly wiped them away. Only two dirhams remained of the hundred he had borrowed and he used them to pay the taxi. Now night had fallen and he was alone. He crept onto the foam bed and in the darkness the young and delicate flesh slipped and blood spurted from it. Limbs were severed, crimson stained the bed and the child was mutilated. He died, he died . . . and the woman’s and the girls’ screams rose in a frenzy of mourning. Kuya cried out in distress. As the sun entered his humid room, which reeked of cockroaches and vermin, he was dripping with sweat. He saw the small presents and was reassured. He wiped his face and went out to wash. Mid-morning, he took the parcel under his arm and was soon in the street, thinking only of the boy, his wife and daughters.

People were going in and out the post office. Kuya stood as though nailed to the spot. He felt so tired he slumped onto the pavement and the parcel flopped into his lap. Fifty dirhams was how much it would cost to send it to Kerala! His wife would open it, read it and cry. She would tell the thin baby: “You’re getting some clothes from your father . . .” Another fifty dirhams, and it was only the middle of the month. The package might never reach the baby and his mother. He could no longer think about travelling to his country, what mattered now was to send the package. Another fifty dirhams, but from where? The pavement swarmed with people, heat, noise and flies. Gradually the little joy that had filled his emptiness disappeared, ending his moment of happiness, carried off like dust in the breeze. Kuya was utterly lost in the hubbub. He was overcome with helplessness and the bitterness of the moment destroyed him. The perfume of delicate flesh no longer teased his nose. All that remained were his wife’s tears, the misery of the years, the bitterness of deprivation, the torment of loneliness, the years of work laying the roads – this very pavement, this street had been built by Kuya and his workmates. For a long time, he wandered aimlessly in the night. He roamed the silent streets, carrying the parcel, until he was struck by a sudden optimism . . .

In the morning he got onto his tired legs and went to the market where the crowds of people and their clamour had begun to arrive. He stopped at the hawker he had bought from the previous day: “Will you buy back this piece of material? I bought it from you only yesterday.”

The hawker turned away and started calling out to his customers. Kuya muttered to himself: “Let her wait another age. As for the baby, you can send him his present for the cost of his mother’s.” He walked on around the market, found a place to sit on the ground and spread out his wife’s present to sell it. But nobody would buy it. He pleaded with one person, a second, a third . . . “It’s a good piece of material. I bought it for 40 but you have it for 30.” One person passed him by. They all passed him by. No one stopped . . . “It was a gift for my wife.” He remained alone, displaying his wares to the air. He simmered with anger, sadness and bitterness. He was lost in an abyss of new grief. He forgot his joy, the boy and his mother. He continued to wander aimlessly. There was no buyer. And again he tried, hard; this time the waves engulfed him.

Observation: Kuya still walks the streets of the big city trying to sell the piece of material.

By agreement with both author and translator this translation was later translated into Malayalam language (the language of Kuya) by Muzafer Ahamed and published in a Malayalam newspaper in Saudi Arabia and South India.

Banipal Book Club will be discussing Kuya's Little Things at the V & A on 30 November 2012 as part of Friday Late. To read the other stories being discussed, see below.

A Fateful Meal by Eyad Barguthy (published in Banipal 45 – Writers from Palestine).