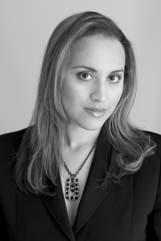 (b. Meknes, Morocco, 1974) made her debut with the novel De weg naar het noorden [The Road to the North], 1995, which was awarded the Jenny Smelik Ibby Prize. She has since published novels such as Minnares van de duivel [The Devil's Mistress], 2002, and De verstotene [The Outcast], 2006. When this last novel was published, she received many threats from the Muslim community in The Netherlands because of the critical comments on society it contained, as well as its explicit scenes. She suffered from depression and returned with Het gelukssyndroom [The Happiness Syndrome], 2008, an autobiographical novel that focused on the recent events in her life.