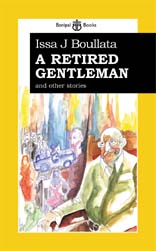 Issa J Boullata’s characters are emigrants to Canada and the USA from Arab countries, living with pasts that cannot be relived, with exile and loss.

How do you settle into a new life? What happens to all your old relations? How do you go about making new ones? Can you find happiness? Can you fall in love again?

After a lifetime working as a professor and a translator of Arabic literature, Palestinian scholar and author Issa J Boullata regales his readers with a collection of tales that looks resolutely and quietly at life’s hopes, dreams and loves.

Issa J Boullata was born in Jerusalem. He is a writer, literary scholar and critic, an educator and translator who started his academic career with a PhD in Arabic literature from London University in 1969. Formerly Professor of Arabic Literature at McGill University in Montreal, he introduced and translated a ground-breaking poetry anthology Modern Arab Poets, 1950-1975 (1976) and has translated a number of contemporary Arab authors including Jabra Ibrahim Jabra, Mohamed Berrada, Emily Nasrallah and Ghada Samman, winning translation awards for two of the works. His latest translation is the autobiography of the distinguished Palestinian intellectual, the late Hisham Sharabi. Issa J Boullata’s writings in Arabic include a novel A’id ila al-Quds [Returning to Jerusalem] and a biography Badr Shakir al-Sayyab: His Life and Poetry. He is a contributing editor of Banipal magazine.