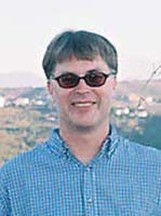 Andrew Long teaches in the Department of Cultural Studies at the Claremont Graduate University. He has taught at the American University of Beirut as well as the Claremont Colleges in California. Andrew received his BA in English and Comparative Literature from Columbia University and completed his PhD in Comparative Literature at the Graduate School and University Center of the City University of New York. He has published peer reviewed articles on modern British writers, conspiracy narratives and the Arab-Western encounter. Andrew's book, Reading Arabia: British Orientalism in the Age of Mass Publication, 1880-1930 (Syracuse University Press) examines the relationship between mass produced texts, the fantasy of the Orient, and the formation of modern British (and Western) society. Reading Arabia is scheduled for release in November, 2013. You can contact Andrew at andrew.long@cgu.edu.