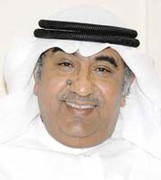 Mersel Faleh Al Ajami was born in Kuwait, in 1952. He obtained his BA from the department of Arabic language at the Kuwait University in 1980 and his Master’s degree and Doctorate from the University of Michigan, Ann Arbor, in 1985 and 1990, respectively. He is now Professor of Literature and Modern Literary Criticism in the department of Arabic Language and Literature at Kuwait University. His has published numerous studies of critical theory, modern Kuwaiti literature and classical Arabic literature, including: Fictional Narrative in Kuwait and Camel and Palm: Transtextualities between Pre- Islamic Poetry and Nabatti Poetry (forthcoming).