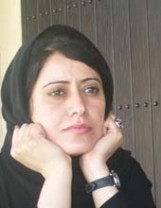 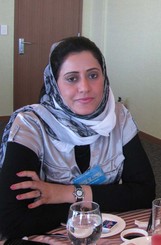 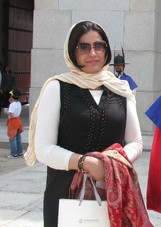 Mariam al-Saedi was born in 1974 in Al Ain. She has two collections of short stories published in 2009, one by Qalam (Abu Dhabi Cultural & Heritage Authority, 2009) – also in German translation – and one by OKTOB project of the Mohammed Bin Rashid Foundation. She has an English Literature degree from UAE University and postgraduate certificates in Urban Planning from the American University of Sharjah and in Jerusalem Studies from Aberdeen University.

She currently works for the Abu Dhabi Department of Transport while developing her writing career. Her short story “The Old Woman” is included in the Denys Johnson-Davies collection In a Fertile Desert. In October 2010 Mariam, along with other six Arab writers, took part in a writers’ workshop in Abu Dhabi. Dubbed “Nadwa” (or “workshop”) and sponsored by the International Prize for Arabic Fiction, the workshop aims to produce original pieces of fiction that will then be published internationally in Arabic.