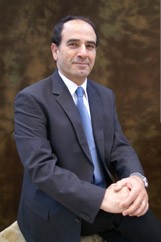 Professor Yasir Suleiman (BA, PhD, BA, Dip TFLA, MA, FRSE) is Emeritus Professor of Modern Arabic Studies at the University of Cambridge, Professorial Fellow of King’s College, Cambridge and Fellow of the Royal Society of Edinburgh. He is the former Head of the Department of Middle Eastern Studies and Founding Director of the Prince Alwaleed Centre of Islamic Studies at Cambridge.

Before taking up his Chair at Cambridge, Professor Suleiman held the Iraq Chair of Arabic and Islamic Studies at the University of Edinburgh (1990-2007). While at Edinburgh, he served as Head of the Department of Islamic and Middle Eastern Studies, Head of the Planning Unit of Asian and Middle Eastern Studies, Acting Head of the Department of Japanese Studies, Director of the Institute for the Advanced Study of the Arab World and Islam, Convener of Institute for the Advanced Studies in the Humanities, and Head of the School of Language, Literatures and Cultures (consisting of the Departments of Celtic, Chinese, English Literature, French, German, Hispanic Studies, Islamic and Middle Eastern Studies, Italian, Russian, Scandinavian Studies, Scottish Studies and the Centre for languages and Humanities). Professor Suleiman supervised over 30 MA and PhD students and has organised many international conferences and workshops. He has been a regular contributor to the media in the UK.

Professor Suleiman served as Vice-President and Chair of Council of the British Society of Middle Eastern Studies (BRISMES, 1993-5), Trustee of the Council for British Research in the Levant (2002-5), Member of the College Lay Advisory Group of the Royal College of Physician in Edinburgh (2003-2007) and Member of the Advisory Board of Naturalisation and Integration, Scotland (2006-2009). He serves as Judge of the British-Kuwaiti Book Prize, Saif Ghobash Prize for Arabic Literary Translation (2010-2011) and Chair of the Advisory Board of the Centre for the Advanced Study of the Arab World (a joint Centre of the Universities of Durham, Edinburgh and Manchester).

Professor Suleiman is a Trustee of Banipal Trust for Arab Literature, International Prize for Arab Fiction (in association with the Man Booker Prize), Arab British Chamber of Commerce Charitable Fund, and the Gulf Research Centre-Cambridge. He was Project Leader for the Books for Baghdad Initiative (2003-4), Contextualising Islam in Britain I (2008-20090) and is currently leading Contextualising Islam in Britain II, (2010-2011) with participation from the Universities of Exeter and Westminster. Professor Suleiman worked as a lead international consultant on Arabic language teaching reforms in Abu Dhabi, Bahrain, Egypt, Oman, Qatar as well as principal evaluator for the Arabic and Social Studies standards in Syria.

Professor Suleiman’s research covers the cultural politics of the Middle East with special focus on identity, conflict, diaspora studies and modernization in so far as these issues relate to language, modern Arabic literature, translation and memory. He also conducts research in Arabic grammatical theory and the Arabic intellectual tradition in the pre-modern period.