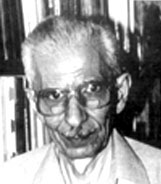 “Honesty with one’s self is the only way for a writer to be honest in expression” was Al-Saqr’s well-known byword.

With the death of Mahdi Issa al-Saqr on 14 March 2006, Iraqi fiction has lost its pioneering author, just three weeks after his novel Beit ala Nahr Dijla [House on the Tigris], written in 1992, was published. Al-Saqr started writing at the end of the 1940s and published his first short story, “Al-Rajul al-Majnoon” [The Mad Man] in 1948 and in 1950 his second, “Muwatan Jadeed” [New Citizen], was published in the Beirut-based magazine Al-Adeeb.