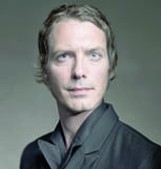 Roderik Six (b. 1979) is a literary journalist and columnist for the weekly magazine Knack. His debut novel Vloed (Flood) struck like lightning and was awarded, among others, the Bronze Owl for the best Dutch language debut. In 2014 he published De boekendokter (The Book Doctor), an acclaimed collaboration with his now sadly deceased colleague and friend, Thomas Blondeau. He has also published numerous short stories in literary magazines at home and abroad.

Val (Fall, 2015), excerpted in Banipal 57 as part of the Guest language feature, LITERATURE IN FLANDERS, is his second novel.