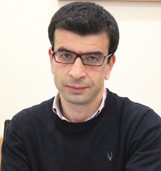 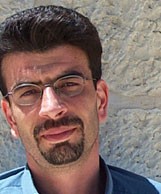 Mahmoud Abu Hashhash is a writer and a poet who lives in Ramallah, Palestine. He is the director of the Culture and Arts Programme in the A. M. Qattan Foundation. In 2004, he completed his MA in Art Criticism and Art Management from City University in London. He also holds a BA in English Literature from the University of Beirzeit in Palestine.

In the Autumn of 2002 he was awarded a residency in the University of Iowa program for International Writers after his first book of poetry was published by the Palestinian Poetry House in 2001. A second anthology of poetry followed in 2006 and in the same year his first novel was published in Amman, Jordan and in then in Algeria in 2007.

The novel was translated to French also in 2007 and was published in Paris under the title "Ramallah Mon Amour." His poetry has appeared in numerous magazines and anthologies and has been translated into a number of languages. He has also edited and co-edited a number of art catalogues of young Palestinian artists and their works.