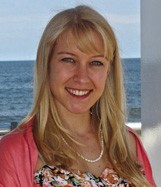 Elisabeth Jaquette is a writer and translator. Her translations of Arabic literature include Suslov's Daughter by Habib Abdulrab Sarori (Darf Publishers, 2017) and The Queue by Basma Abdel Aziz (Melville House, 2016), as well as short pieces in Words Without Borders, Asymptote, Jadaliyya, and Portal 9., among others.

She has also worked as a translator for the Palestine Festival of Literature.

From 2007–13 she was based in Cairo, where she ran a monthly bilingual literary salon. She has an MA in Anthropology from Columbia University and a BA in Sociology and Anthropology from Swarthmore College, and was a CASA fellow at the American University in Cairo in 2012–13.

She is currently director of the American Literary Translators Association. Her translations of The Frightened by Dima Wannous, and Thirteen Months of Sunrise by Rania Mamoun are forthcoming.