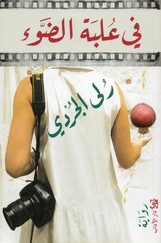 Rula Jurdi’s novel is an intricately plotted global novel that follows the lives of Lebanese immigrants to New York City. Jurdi fills an important gap in contemporary literature by focusing on members of Lebanon’s Druze ethnicity, a minority group whose spiritual ideals of peace and universality have historically struggled with sectarian conflict.

Shimon was a friend of mine, and I use the word “friend” metaphorically because I met the man only three times in my life, twice in New York and once in Geneva. As soon as I met him, I knew that Shimon, an Iraqi citizen who experienced the tragedy that befell Iraqi Jews at the hands of Zionism and the Iraqi government, had already been my friend for a long time.

Shimon Ballas was an author, intellectual, mentor, and political trailblazer. He gave voice to his generation of postcolonial Arabs in exile, writing about diaspora life with tremendous empathy. His commitment to Arabic and to Arab culture echoes through his literary body of work, as he would reiterate time and time again, “I never deny my Arab origins or the Arabic language".

The City of Strangers

Beirut . . . a new city, then, whose port began to expand in the mid-nineteenth century and that lives today a moment not unlike the agony of death, as though the monstrous explosion on 4 August 2020 did not simply blast the city and destroy almost one third of it, but came also to deliver the kiss of death to an Arab Levant murdered by occupation and tyranny.