The 2011 winner of the International Prize for Arabic Fiction, Raja Alem, joined former judges of the prize Ghalia Kabbani and Paul Starkey in an animated dicussion chaired by Margaret Obank, founding editor of Banipal and IPAF trustee. The panel provided thought-provoking insight into the development of the prize, exploring how the award has grown since Ghalia Kabbani and Paul Starkey took part in the first judging in 2006 and focusing in particular on the great impact the prize has had on literary publishers, authors and readers in the Middle East. In addition, the panel talked about ways in which the prize might be improved in future years.

Along with discussion of the prize itself, Raja Alem shared with the audience some of her own experiences as a writer from Mecca. Talking about her personal literary influences, Alem described how some of her inspiration came from works of non-Saudi authors for whom Mecca was a forbidden city.

The talk attracted a diverse audience who fuelled the discussion with interesting questions. As one of the concluding events to the Manchester Literary Festival, the festival's organiser Cathy Bolton was happy to see the fortnight drawing to a close with "a very engaging and thought-provoking session". 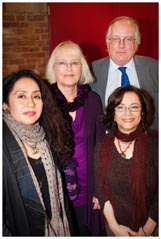 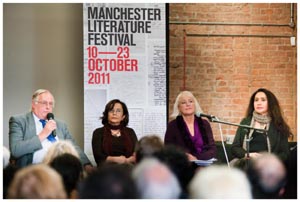 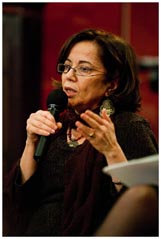