Tunisian poetry reflects the country’s extraordinary culture and its changing politics. The evening began with a reading by internationally renowned American poet and translator Marilyn Hacker. 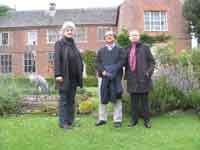 The poets at Hellens

After a delicious buffet supper Tunisian poets Tahar Bekri and Amina Saïd read from their poetry in French, with English translations by Marilyn Hacker. 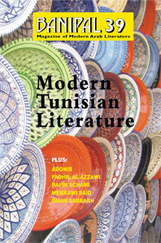 Banipal 39's focus was Modern Tunisian Literature, part of Banipal's aim to bring into the light the literature of Arab countries known in the west as holiday places or for their  Roman ruins etc. Published in October last year, it includes an introduction to the outstanding literary figures of the last century and profiles, with works by 23 fiction writers and poets, who make up only a small selection – a taster – of the contemporary literary scene. Banipal 39 proved a timely publication in January this year.