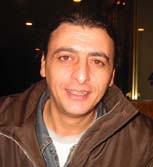 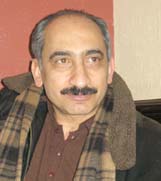 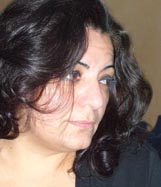 Little is known in the UK of literary life in Syria, but there’s an extraordinarily vibrant cultural and literary scene. Some of the Arab world’s greatest 20th-century modern poets came from this region – Yousef al-Khal and Adonis who started the ground-breaking poetry magazine Sh’ir in 1957, which was an incredible powerhouse publishing all the Arab poets who were overturning centuries of traditional fixed metre and liberating it with free verse and prose poems.

The late Nizar Qabbani and Mohammad al-Maghut, also from Syria, were pioneers of passion and real life in their works, achieving phenomenal reputations all over the Arab world.

Hala Mohammad, Monzer Masri, Rasha Omran and Lukman Derky are four exceptional individuals who make huge contributions to today’s artistic and literary life in Syria in other spheres as well as in poetry: Hala is a successful documentary film-maker – (a taster of her work introduced the 5 July event); Monzer is a painter; Rasha directs the annual Al-Sindiyan festival of culture; and Lukman, an indefatigable journalist with his own column in a daily newspaper, also co-founded the satirical newspaper Al-Dumery, and then started Alif magazine for new writing, as well as finding time to adapt fiction for television and theatre and performing as an actor.

All events are being organised in association with Banipal.

An evening of poetry and music with Hala Mohammad, Monzer Masri, Rasha Omran and Lukman Derky and renowned oud player Attab Haddad was a resounding success.

• Please scroll down for more information about the authors

Attab Haddad trained with the Iraqi soloist Ahmed Mukhtar in London and at the Arab Oud House in Cairo with Iraqi virtuoso Naseer Shama and Egyptian soloist Nihad El Sayad.

• The visit of the poets to the UK is being made possible by the support of The Arab British Centre, Banipal, the British Council and Ledbury Poetry Festival